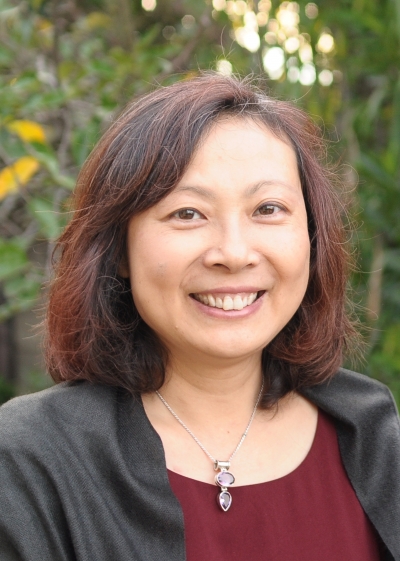 Xia Guan, beloved mother, wife, and daughter, passed away on June 18, 2019, after 5 years of brave battle with cancer.

She was born February 4, 1970, in Hubei, China. At age 14, she was admitted to the Special Class for Gifted Youth in the best science and technology university in China. After graduating from University of Science and Technology of China in 1989 with a Bachelor’s degree in Biology, Xia started her graduate school at UC Davis and earned her PhD degree in Genetics in 1997. She was a postdoctoral researcher at Stanford University before she moved to IT industry.

She started her career in Pharmaceutical IT Quality industry after joining Roche Palo Alto in 1999. After a short transition with Nektar Therapeutics from 2005 to 2007, she joined Gilead Sciences in 2007 and took her career to the next level. She was Director of Business IT R&D at Gilead Sciences before passing away at a young age of 49.

She met her love of life on the first day in college. They were married and raised 2 wonderful boys together. She became an avid San Francisco Giants fan after her children started playing baseball in little league which triggered her interests to learn about and understand the sports. Her first priority was always the children and family. “Your Love, Our Lives” was written on the funeral flower ribbons by her children, which truly told the story of how she loved them. In her spare time she enjoyed traveling. She always wanted to see every part of the world, and wanted to show her children how wonderful the world is.

Xia made a lot of friends through out the years, and always enjoyed having a laugh with them. She always brought sunshine to her friends, even when she was fighting cancer. Xia was a Christian and an incredibly brave fighter. She had no fear for death, she held her head up high and faced disease and death with smile. She was so strong she never stopped smiling. Evil could destroy her flesh, but could never defeat her heart. She peacefully left the world, leaving for family and friends her smiles, her kindness and love. As a close friend witnessed, she was always positive, willing to help, and never complained or brought negative thoughts to friends.

Even when she was fighting for her life in the past 5 years, she never stopped praying for the church, for the people in need, Christians or not. She had sympathy for people close to her as well as for people she didn’t know. Her love touched a lot of people. Love is forever. For the people she loved, her love became a part of their lives and they will love her forever!

She is survived by her husband, John Liu of Palo Alto, her 2 sons, and her parents.

Photo Gallery
0 photos Upload a photo
Remembrances
0 entries Submit a remembrance
Memorial service
A memorial service will be held Saturday, July 13, at 10AM at the FCC church, 2890 Middlefield Road, Palo Alto, CA 94306
About this site     Contact us