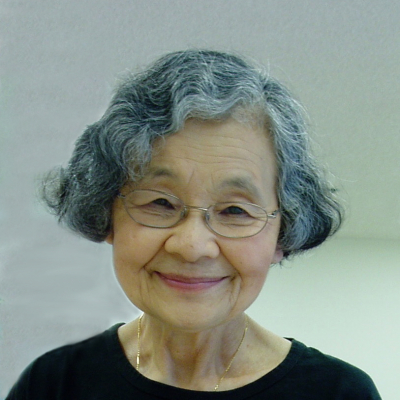 Born in 1929, Minako grew up in Tokyo when her country was perpetually at war, first with China and then in World War II. She and her family narrowly survived the intensive bombings of Tokyo, especially toward the end of the war. She entered Tsuda College, located in the suburbs of Tokyo, to study English a few months before Japan's surrender in 1945. Upon graduation, she took a job as a translator-interpreter for the Allied Occupation Forces where she met Peter Sano. They were married in Tokyo and moved to California, Peter's birthplace, in 1955.

During the years when their children, Stephen and Mary, were young, Minako directed her time and energy to a great deal of PTA-related work, She then took a job as the school secretary at Addison Elementary School in Palo Alto where she enjoyed working with children, parents, teachers and the District personnel for 15 years until her retirement in 1989.

She and Peter joined the First Presbyterian Church of Palo Alto in 1960 and were actively involved in the church's ministry for peace and justice. She enjoyed singing in the church choir for many years.

Minako greatly enjoyed reading, get-togethers of family and friends for dinner, attending concerts and plays, and listening to classical music whenever possible. She resided at Bridgepoint in Los Altos for the last two years of her life and continued to enjoy visiting with family and friends.

She is survived by her son, Stephen, daughter-in-law, Linda Uyechi, daughter, Mary, son-in-law, Bruno Colchen, and her grandchildren, Marcel Colchen and KimiAnn Sano.

Photo Gallery
0 photos Upload a photo
Remembrances
4 entries Submit a remembrance
From Craig Wiesner
Oct. 8, 2021
Minako and her husband Peter were like parents to us, without any of the guilt! Some of our most joyous times were driving to and from Ashland Oregon each year to see plays, have great conversations, and enjoy long beautiful walks together.
Video
Upload a video