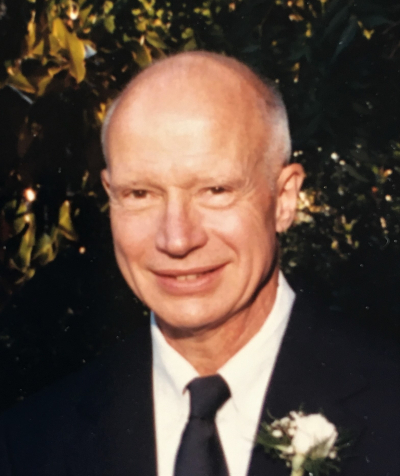 John William Josse passed away peacefully at the age of 91 on September 1, 2021 in Seattle, Washington, with his family by his side. John led a truly humble and remarkable life.

John was born in Minneapolis, Minnesota on February 20, 1930, the only child of William Josse and Bertha Wormhoudt Fisher. He spent his early childhood in Minneapolis growing up with his beloved siblings from his mother’s first marriage, Ruth (Josse) Raney and George Josse. John also had a beloved brother from his father’s first marriage, Charles Josse, who was raised in California. After his parents divorced at age 11, John boarded year-round at Pillsbury Military Academy in Owatonna, Minnesota, where he excelled academically and athletically. It was at Pillsbury where John developed his life-long appreciation of classical music.

After high school, John enlisted in the US Army from 1947-1949 when he was honorably discharged as a Second Lieutenant. During his time in the army, he served in Seoul, Korea where he competed for the US Army Boxing Team and won the Pacific middleweight boxing title in 1949. After discharge, John attended the University of Iowa on a football scholarship. During the summer of 1950, while working as a bellhop at Ruttger’s Lodge on Gull Lake, Minnesota, he met Donna Lou Fering from the farm town of Lamberton, MN, who was also working there as summer help. They fell head over heels in love and married the following August 1951.

John transferred to University of Minnesota as an undergraduate in the fall of 1951, entered the medical school in 1952 and graduated near the top of his medical school class in 1956. John and Donna moved to Boston for his residency at Massachusetts General Hospital where daughter Susan and son Paul were born in 1956 and 1958. After residency, Dr. Josse studied under Nobel Laureate Dr. Arthur Kornberg as a post-doctoral fellow at Washington University, St. Louis. In 1959, John followed Dr. Kornberg to Stanford University to continue his post-doctoral studies on DNA synthesis. For the seven years since Watson and Crick proposed the double-helical arrangement of DNA chains, the question of whether the two chains run in the same or opposite directions remained unanswered. Together, Dr. Josse and Dr. Kornberg devised a procedure that revealed the exciting finding that the two chains of the DNA double helix run in opposite directions.

Daughter Jennifer was born in Palo Alto, CA in 1961. Soon after, the young family moved to Baltimore where John received a research fellowship to study protein physical chemistry at Johns Hopkins University. Next, John accepted an assistant professorship in Microbiology at Washington University, St. Louis (WUSTL) and was promoted to Professor and Chair of the Biophysics and Physiology department at WUSTL, where he served until 1966.

Continuing on in medical research, John returned to Palo Alto, CA to serve as the Head of Biochemistry for the Syntex Institute of Molecular Biology. John remained in the Palo Alto area for more than five decades. During his research years, Dr. Josse published dozens of scientific journal articles and book chapters on DNA and related subjects.

In 1970, John returned to clinical medicine and formed an internal medicine private practice in San Jose, CA, where he devotedly served his patients for 30 years. John attained the position of Chief of Staff of O’Connor Hospital in San Jose. Dr. Josse had a deep and comprehensive understanding of medicine and was recognized among his peers for his knowledge and intellect. Dr. Josse was generous with his time and gave selfless referrals to help talented young physicians get started. After retiring from clinical medicine, John returned to Stanford to support research in Dr. Arthur Kornberg’s lab until 2007, which he found greatly rewarding.

John was known by friends and family for his witty sense of humor and generosity. John was gregarious, outgoing, warm and welcoming. John cherished family above all else. His favorite memories were annual family vacations to Hawaii, Lake Tahoe, and many other destinations. Gatherings with John were filled with howling laughter, good food, dominoes, bridge or other games. Staying fit was also a passion. John ran over 65 marathons after the age of 40; many of his closest friends were his running buddies. John’s life was not without heartache. After 30 years of marriage and raising 3 children, John’s beloved wife, Donna Fering Josse, died in 1981 at the age of 51. John later married soulmate Judith Geller Josse, who died in 1992 at the age of 56.

John was a role model for his work ethic and living a life of integrity. John felt strongly that all people are equal regardless of their race or socio-economic class. While in St. Louis, John marched peacefully behind Martin Luther King to stand for racial equality. John never wanted accolades for his many accomplishments, but instead focused on praising those around him.

John spent his final four years in Seattle, WA, living happily at Aegis Living-Rodgers Park. John is survived by his children: Susan (Robert) Leet of Seattle, WA, Paul (Judy) Josse of Lincoln, CA, Jennifer (Wesley) Gardiner of Palo Alto, CA, and grandchildren: Taylor, Benjamin (Kira Bohm) and Chandler (Christopher Page) Gardiner, and Donna and Robert Leet, as well as many other relations and friends. In lieu of flowers, the family asks that memorial donations be made to a charity of the donor’s choice.

Photo Gallery
0 photos Upload a photo
Remembrances
1 entry Submit a remembrance
From Don and Bonnie Miller
Sept. 18, 2021
We became fast friends after Donna and Bonnie met in Newcomers and John and Don hit if off. Many special memories will linger forever of dinner/bridge dates, golf and vacations. Introduced John to Judy, an instant match. Will never forget the wonde...
Read more
About this site     Contact us