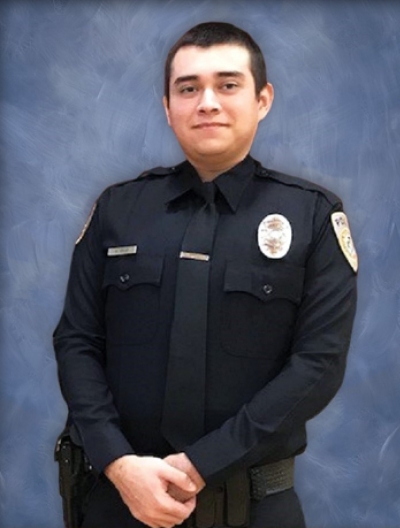 Elmer Palacios Cruz had just landed the job of his dreams, working for the Stockton Unified School District Police Department January 2018 when he was diagnosed with cancer a few months later and lost the battle Aug. 20, 2019, age 27.

Elmer was recruited (to the police department) because of his positive demeanor, integrity and character, strong desire for public service and suitability for serving as a role model for students,” said SUSDPD Chief Anne Johnston.

“His life goal was to be a police officer — it’s all he ever talked about and couldn’t wait to return to work after his diagnosis with cancer last year,” Johnston said.

“He was hugely supported by our district, Police Department, community, and law enforcement agencies statewide.”

Elmer was born in Palo Alto, June 20, 1992, attended Oak Knoll Elementary and Hillview Middle Schools from 1997 to 2006. Elmer is survived by his mother Blanca Cruz, father Cesar Palacios, and a sister Xenia Carolina Valle. He was unmarried and had no children.

“He was a loving son, brother, and friend who dedicated his life to serving others,” SUSDPD said in a post on social media. “He will be deeply missed. Please keep his family in your thoughts.”

Elmer was laid to rest by fellow police officers in Hughson, CA, southeast of Modesto.