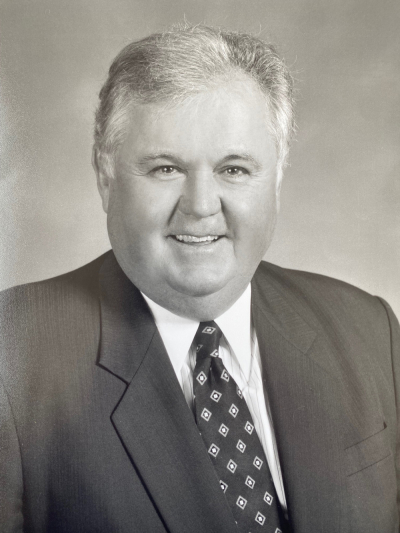 David Bernard Lynch, a proud U.S. Army veteran and leading Northern California attorney for more than 50 years, died on Memorial Day after a long illness. He was 86, and passed away at home in the care of his family.

Dave was born in Vallejo, CA, the only child of James and Myrna Lynch. He was raised in a hard-working blue-collar Irish-American family, with northern California roots going back more than 150 years. He mowed lawns and bagged groceries at Safeway while making top grades at Vallejo’s St. Vincent High School, earning a spot at the University of California at Berkeley. Dave was the first member of his family to attend college.

Dave graduated from Cal in 1957 with a degree in history, and enrolled in the University of California’s Berkeley Law, where he served as an editor of the California Law Review and graduated in 1960. Shortly after joining the California State Bar, he was drafted into the U.S Army at Fort Ord near Monterey, where he served in the Judge Advocate General's (JAG) Corps from 1961-1963 and did work to support the Army’s efforts during the Cuban Missile Crisis.

Dave returned to the Bay Area to work at the San Francisco law office of Low, Ball, and Norton. The firm – later renamed Low, Ball, and Lynch – was his home base for the length of his remarkable legal career, and expanded with offices in Menlo Park and Walnut Creek.

As a civil defense attorney and litigator, Dave tried more than 500 jury trials to completion before local, state, and federal courts, including the California Supreme Court. He believed deeply in the Constitutional right to trial by jury, and of the power of the legal system to promote fairness and democracy. Dave volunteered as a Judge Pro Tem for the San Francisco Superior and Municipal Courts. He was both a razor-sharp negotiator and a fair opponent – one colleague noted that Dave was equally respected by lawyers on both sides of the courtroom. He mentored countless other lawyers through professional societies and seminars, and volunteered hundreds of hours to Northern California legal groups.

Dave was a member and leader of the San Francisco chapter of the American Board of Trial Advocates (ABOTA) for more than 50 years, serving as chapter President and National Board representative. He also served as president of the Association of Defense Counsel - Northern California. Other professional associations included the American Bar Association, the Defense Research Institute, the International Association of Defense Counsel, the International Academy of Trial Lawyers, and the International Legal Honor Society of Phi Delta Phi. He received numerous awards, including the Association of Defense Counsel’s President’s Award, the Edward J. McFetridge Award for Trial Advocacy, and SF-ABOTA’s prestigious Don E. Bailey Civility and Professionalism Award. In Dave’s honor, SF-ABOTA renamed its Legends Award for lifetime legal accomplishment to the David B. Lynch Legends Award in February.

Outside of the courtroom, Dave was an avid fan of Bay Area sports, especially Cal Bears football and the San Francisco 49ers, holding the same season tickets near the 10th yard line at Candlestick Park for more than 30 years. He was a wine enthusiast, an excellent cook and grillmaster, a lifelong U.S. history student, a hummingbird-loving gardener, an unbeatable dominoes player and crossword puzzler, and an avid fisherman and international traveler. Even as his physical health declined, Dave kept his razor-sharp intellect and love of friends and family. He enjoyed few things more than a good tailgate party, an overflowing house for Sunday and holiday dinners, or a day on Lake Tahoe. He was a joyful, generous host and friend.

Dave is survived by Yvonne (Cafasso), his wife of more than 60 years whom he met in the library at Cal; their daughters April, Michelle, and Carolyn; sons-in-law Colin, Paul, and Gonzalo; grandchildren Emma, Andrew, Anthony, Alexander, Julia, Ava, and Van; and countless family members, friends, and colleagues across the country. Plans for a memorial befitting Dave’s larger-than-life spirit are underway. In the meantime, those honoring Dave’s legacy may wish to consider a donation to the ABOTA Foundation or the Pat Tillman Foundation.