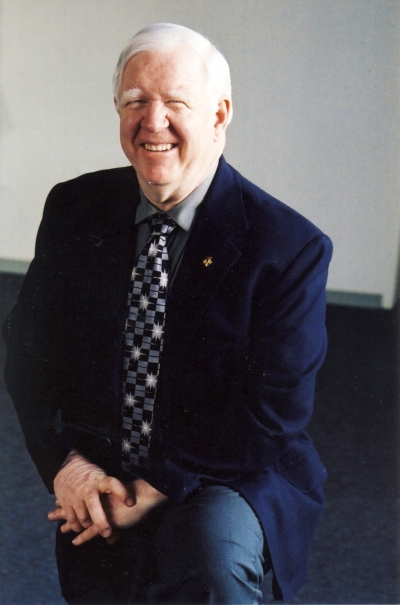 Daniel “Dan” Logan passed away surrounded by his loved ones on March 3, 2017, in Palo Alto due to complications from pneumonia. He was 72 years young.

Dan dedicated his life’s work to social justice issues, youth mentoring, and community building. Dan was married for 47 years to the former Christine Ann Austin of Neosho, Missouri. In 1969, working for separate youth development programs, Dan and Chris met in the judge’s chambers of the Kansas City Juvenile Court. Dan is survived by his wife, son Eliot Joseph Logan, daughter Cheryl Annette Logan, son-in-law Salvador Jorgensen, and grandchildren Milo Alexander and Carmela Marie Jorgensen, who were the lights of Dan’s life. He will be greatly missed by brothers Bruce Logan of Rocklin and Charles Logan of Sutter Creek, sister Carolyn Logan Fisher of San Rafael, as well as numerous nephews, nieces, and cousins.

Dan graduated from Salinas Union High School in 1962 and received his BA in history from Stanford University in 1966. He completed a Masters in Social Work in 1969 at George Williams in Downers Grove, Illinois. Dan especially loved history, social justice, geography, and genealogy. He was a lifelong student, attending classes at Stanford through the week before his death.

Social justice was the theme of Dan’s career, dating from his civil rights work in the 1960s, when he traveled to Mississippi as a student volunteer to register voters to helping divert young adults with drug problems from the penal system in the ‘70s and ‘80s. Though he was a volunteer with many nonprofit organizations, Dan’s entire professional career was Y-oriented. He served as the Executive Director of the Urban Services Branch of the Greater Kansas City YMCA in the ‘70s, and then as Vice President for Financial Development during the ‘80s. In 1991 he moved to Palo Alto and became the Executive Director of the Palo Alto Family YMCA, where he served until he retired in 2006. He raised more than $10 million to make the Palo Alto Y a more inclusive place for people of low income, in poor health, or with disabilities.

In 1992 Dan received the Fundraiser of the Year Award from the North American YMCA Development Organization, and in 2005 the YMCA of the Mid-Peninsula awarded him its Lifetime Achievement Award. Upon retirement, he wrote many guest editorials for the Palo Alto Weekly and served as a volunteer at the Y.

Dan traveled extensively throughout the world, visited all 50 states, and once won a bet by sleeping at least one night in each of California’s 58 counties. He treasured family gatherings, especially annual camping trips to Yosemite. Dan loved music, and his first job was as a radio DJ in high school; he amassed a collection of hundreds of 45 records, which he schlepped to wherever he lived. As a musician himself, he restored and played an antique organ.

Baseball became his passion once the Giants moved to San Francisco in 1958. He switched his allegiance to the Royals when he moved to Kansas City in 1969. Returning to the Bay Area in 1991 presented a dilemma though. Dan decided to follow both teams, and when his dream came true and the two faced off in the 2014 World Series, he split his support.

Always a participant and never a spectator, Dan lived a full and active life despite overcoming physical challenges, including adapting to a wheelchair for the last 14 years following an accident. Dan was always available to listen to friends and family and to offer his support when needed. He touched innumerable lives and was an inspiration and mentor to so many who knew him. The family expresses deep gratitude to the wonderful community of friends and medical professionals who supported Dan in his times of need.

Dan will be remembered as a kind and gentle person, a giving and supportive mentor, a knowledgeable resource for any local political question, and a loving and caring brother, husband, father, and grandfather.

Friends are invited to a memorial service for Dan, to be held at Grace Lutheran Church, 3149 Waverley Street in Palo Alto, California, on April 1 (no fooling) at 2 p.m. A reception will follow at 3 p.m.

In lieu of flowers, please consider gifts in Dan’s memory to the YMCA of the Silicon Valley Logan Family Endowment Fund (http://www.loganfamilyfund.org) or to your favorite charity.

Photo Gallery
0 photos Upload a photo
Remembrances
2 entries Submit a remembrance
From Frederick Green
March 24, 2017
My heartfelt condolences for the loss of your beloved, Daniel. Please know that Jehovah God and his son Jesus Christ is aware of your pain and they care for you. (2 Corinthians 1:3,4) . I pray that you are able to find comfort in God's promise ...
Read more
Memorial service
Friends are invited to a Memorial Service for Dan to be held at Grace Lutheran Church, 3149 Waverley Street in Palo Alto, CA 94306, at 2 p.m. on April 1st (no fooling). A reception will follow at 3 p.m.
Make a donation
In lieu of flowers, please consider gifts in Dan’s memory to the Silicon Valley YMCA Mentoring Fund (http://www.loganfamilyfund.org) or to your favorite charity.
About this site     Contact us