With schools closed until May, child care providers face new demands and dilemmas 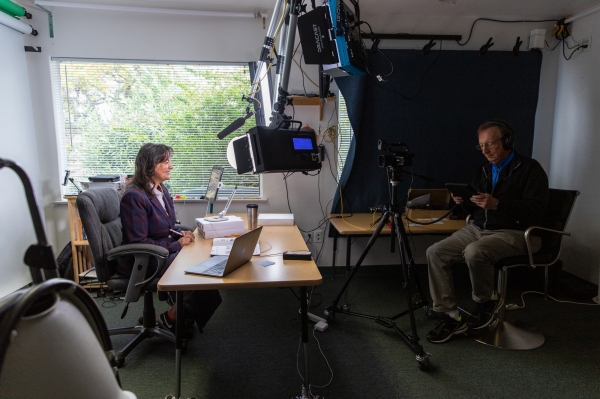 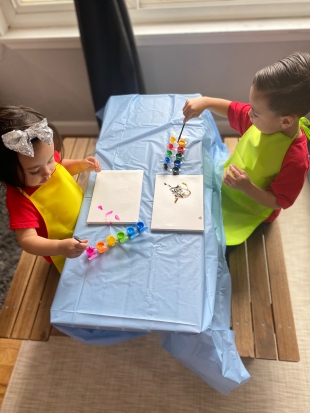 With schools across the region shuttered until May, parents are facing an unprecedented child care crisis.

For parents who have to work, there's now a glaring lack of child care programs that serve school-aged children during traditional school hours.

In Mountain View, the program is offered to children ages 4 to 16 from 6:30 a.m. to 6 p.m. through the YMCA and includes a number of social distancing protocols like frequent hand-washing and vigilant reminders to kids to maintain a "bubble" of space between them and other children, according to Sanchez. Currently, about 50 children are currently enrolled in the Mountain View program, with a staff of about 10 adults who are providing care, but it is expanding quickly, he said.

"Our staff is there to be a resource for (the kids) to forget about what's going on," he said.

These programs are not open to the general public, according to a March 25 announcement from the county Office of Education.

"The statewide response to COVID-19 required the closure of schools to student attendance. However, we recognize this may leave essential healthcare workers and first responders without safe options for childcare," said Dr. Mary Ann Dewan, county superintendent of schools at the Santa Clara Office of Education in the announcement.

Families across the region are struggling to meet child care needs, and in recent weeks, demand for in-home child care locally has risen significantly, according to two child care agencies that work in the area.

Recently, demand has risen at least 100%, according to Laura Davis, owner of College Nannies and Sitters, a private provider that matches nannies, babysitters and tutors with families from Daly City to Saratoga. And that's even with a decrease in requests for date night, weekend getaways and after-school support the business is used to seeing, she noted.

Demand is "very high" in the Bay Area and staffers are "working around the clock," particularly to help parents who work at local companies like Stanford Health, Apple and DaVita, said Stacie Steelman, CEO and founder of Crunch Care, a national nanny and domestic staffing company that has an office in Mountain View.

Both Davis and Steelman confirmed that they're recruiting heavily right now.

"We are absolutely recruiting," Davis said. Though the demand has increased, they're not planning to alter their rigorous screening and background check processes. People who have child care experience or are home from college and training in education are particularly encouraged to apply, she added. The business has also set up protocols for child care providers and is working only with healthy families and is following CDC guidelines.

Other child care providers that typically provide care for kids when they're not in school – either day care for those too young to attend school, or after-school care to those who are school-aged, are having to adapt rapidly to families' changing needs.

The shelter-in-place mandate issued by Santa Clara County currently in effect from March 17 through April 7 states that child care facilities that serve parents who provide "essential services" are allowed to continue to operate, with some new rules.

Such facilities must have stable groups of 12 or fewer children, children may not change from one group to another or mix with other groups, and providers will have to work with only one group of children, according to the mandate.

Due to COVID-19, the state's child care licensing system has in recent weeks sent a different message, offering capacity waivers to child care providers that now permit nearly double the maximum number of children allowed on-site in an effort to meet the expected rise in demand for such services. At what are considered "small family child care" centers run by usually no more than two adults, homes are now permitted to care for up to 14 children; the previous maximum was eight.

Hart said she has temporarily closed her small family day care center for two weeks but plans to reopen after that. The families she provides care for, she said, include parents who are generally working from home, and are now juggling child care and work duties throughout the day. Even once her day care reopens, many of the families she works with have older, school-aged children who still need care.

"I don't know what they're going to do," she said. "It's crazy, they're all looking for child care right now. There's not much at this point I can do."

"We're having less children show up, but we're still open for the families that really need it," said Kimberly Warfield, health and safety coordinator of the Kiddie Academy of Mountain View, which cares for infants through preschool-aged children.

"If they don't have to bring children, then they don't," she said. But for families that don't have the option to work from home, she added, "they've been really appreciative."

To minimize the risk of spreading the virus among children, she said, staff members and family members of the children are washing their hands frequently and visitors are not permitted. Items are sanitized frequently, and anybody, adult or child, who shows signs of illness is sent home.

As some day care facilities face a decline in the number of children attending, they also have to grapple with significant financial impacts.

Cecilia Amer runs Mariposas Spanish Immersion Daycare in Mountain View, which has a capacity of six children. She's keeping her doors open for three children whose parents are health care providers, but two children are staying at home during the shelter-in-place orders and another child has unenrolled.

"This is my only source of income," she said, noting that her husband faced unemployment related to COVID-19 business shutdowns.

"One child unenrolled is a big hardship for me," she said. "I'm hoping I don't lose any of my other families. Mountain View is so expensive."

For the kids still in her program, she said, she's doing her best to stick to their regular routine. Spanish lessons continue as usual, and they FaceTime with the other children in the program who are staying at home. Fewer toys are out because she's rotating her collection, washing and disinfecting toys nightly.

Yet, she added, she's determined to keep the doors open for the families with health care providers who don't have alternative child care options.

"That's one thing I can give to the community," she said.

The program had already recorded a majority of its lessons and put them online for students to allow students to learn at different levels, CEO Jim Connor said.

On Tuesday, their staffers were in the process of recording engaging video lessons for children in those grades that will be available for free online.

"Everybody's in a scramble for child care right now," said Connor. While First Focus may not be providing in-person after school support right now, they can create videos to keep kids "busy and out of trouble," he said.

The videos are set up to be step-by-step lessons intended to work "as though an experienced teacher is sitting across from the child," said Vivian Mendoza, the center's director.

Fariba Samadani runs Maxi's After School Program in Mountain View with her sister, offering afternoon care for kids in kindergarten through fifth grade. Despite the program having a larger capacity, she is currently only serving three children because many families are keeping their kids home right now. The children who do attend wash their hands frequently, don't share Legos and don't do hugs anymore. Samadani said she's also stopped seeing her own children and grandchildren.

Some of the families she works with, she said, are keeping their kids home partly out of concern not just for their children but for her own health.

"I am over 60. My sister and I run this together. They're thinking about us too," she said.

She's also heard that some of those households are strained by the new childcare duties. "It's a big juggle," she said. "They don't have a moment to take it easy now."

Parents must manage their own work, help children with their school work and manage the emotional stress and sadness many kids are feeling now, she said.

"It's very, very emotionally hard for some kids," she said.

Find comprehensive coverage on the Midpeninsula's response to the new coronavirus by Palo Alto Online, the Mountain View Voice and the Almanac here.

Coronavirus: Plan ahead now for a big outbreak
By Diana Diamond | 22 comments | 4,731 views

The first few seconds after awakening; before I remember the virus
By Chandrama Anderson | 0 comments | 1,977 views

Can you Stay Healthy without Making More Trash?
By Sherry Listgarten | 2 comments | 1,324 views