Kat Edmonson believes in the power of dreams 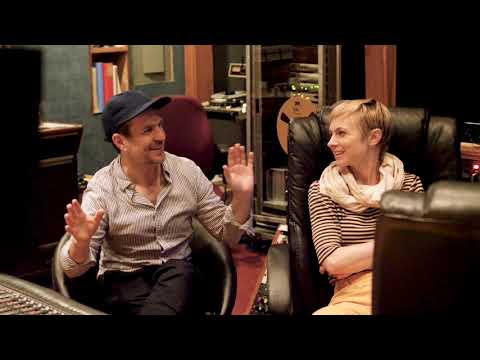 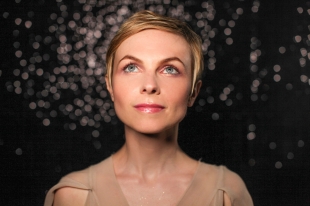 So much of Kat Edmonson's sound and career is like that of a proverbial dream that it's only appropriate that her latest album fully captures that aesthetic.

"Dreamers Do," the fifth album from the 36-year-old singer/songwriter/jazz vocalist, whose evergreen style has been described as "vintage," was released on Feb. 7 by MRI/Spinnerette Records. It debuted at the No. 1 spot on the iTunes jazz chart and continues the evolution of her sonic trademark of arrangements and a vocal delivery that, like Chris Isaak, Julee Cruise and the late Roy Orbison, can sound both timeless and of a specific era -- mid-20th century in this case.

The Austin, Texas, resident is currently touring in support of "Dreamers Do," including a Palo Alto stop on Wednesday, March 4, at Oshman Family JCC's Schultz Cultural Arts Hall.

The themed album is rooted in standards and is largely sourced from Disney and other classic children's films. "'When You Wish Upon a Star' was the first one and then 'A Dream is a Wish Your Heart Makes' from 'Cinderella' was the second," Edmonson revealed, when asked about what dream-related songs came to mind as she was planning "Dreamers Do."

"And then I just started scouring my brain for the songs I used to listen to as a kid," she continued, by phone from a tour stop in Taos, New Mexico. "'What were the movies that really inspired me?' So I called my mom, and we talked about it.

"I listened to a lot of old Disney music in my childhood," she said, and heard the message that if "you keep on believing and having faith in your dreams, your dreams will come true."

Another song gave some decidedly more grown-up device, albeit in a humorous form.

"One song that isn't a Disney song but ended up making it on the record is called 'Be Careful What You Wish.' It's from the animated Warner Brothers picture 'The Incredible Mr. Limpet' from the 1960's that stars Don Knotts. And he turns into a fish," she noted, with a chuckle.

Though "Dreamers Do" largely features other covers such as "Go to Sleep" (from "Babes in Toyland"), "Chim Chim Cher-ee" (from "Mary Poppins") and "What a Wonderful World," it's rooted in an Edmonson original, "Too Late To Dream."

"I wrote it when I was asking some really heavy questions," she said "'Is there ever a point in our lives where it's too late for (a dream) to be practical?' After that I ended up on a journey, if you will, to find an answer. And that took me back to early childhood.

"When I was a kid living in Houston, I was listening to music from the '30s through the '60s. That was the bulk of my musical library," she said. "So the sounds that come out of me reflect that strong influence of old movies and musicals and old TV."

She couldn't share that love with her peers. "I assumed it wasn't very cool, so I kept it under my hat," she admitted. But a year at the College of Charleston in South Carolina proved to be her entryway to eventually finding and crafting her own sound.

"There was a local blues club, and I got in with a fake ID. I talked to some of the musicians there and ended up sitting in," she said. "I could call a familiar tune, and then they gave me free beer!"

Relocating to Austin, Edmonson auditioned for the second season of "American Idol" before pursuing her own musical path. While working at a bar, she a met jazz trombonist who invited her to a local jam session once she learned that she was a fledgling jazz musician.

"I went and just walked up to the bandstand and said 'I'd like to sit in.' So they said, 'Yeah, okay. Have a seat.' And then I waited for four hours before they let me get up," she recounted. "But once I sang, I was able to hang in with the band."

She was invited back, "and within six months of doing that, I met enough people and booked enough gigs that I was able to quit my day job," she marveled.

Edmonson released her debut album, "Take to the Sky," in 2009. Her follow-up album, "Way Down Low" from 2012 featured jazz luminaries, such as organist Larry Goldings and guitarist Matt Munisteri, as well as a featured vocal from legendary Texan Lyle Lovett.

"There's great power, a quiet power, from merely having a dream. That's where creativity comes from," she said. "And that's where a lot of action is actually born."

Be careful how you wish, y’all.

I’m not sure what it means but I noticed that both Kat’s site, and the publicist and her agent list her show at the “Albert and Janet Schultz cultural hall Palo Alto” It doesn’t say “Jewish community center” or “JCC”. Your article adds the detail or corrects this.
(I produced a blues show there recently so I do sort of follow these types of nitty-gritty details and it’s still relatively new room and if you read the Palo Alto weekly still is under attack by people who think the wall facing Charlston Street is too high. They wail about the wall.
Kat Edmonson is a good get for the J.

Her voice is gorgeous, the venue is wonderful, it's going to be an awesome show. The Oshman Family JCC brings high quality cultural content and fun to our community, including music of all genres.

Will the Coronavirus Save Lives?
By Sherry Listgarten | 27 comments | 3,567 views