VMware plans to cut over 200 jobs in Palo Alto

Layoffs include 10 executives in 'internet of things', edge computing 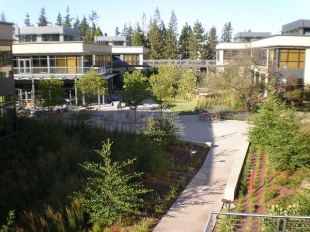 But the city of Palo Alto seeks to tax employers for each employee, without specifying what for, just so it can not have to face a higher threshold to pass the tax for unspecified purposes, even when its prior two years financials report a $75 million and a $59 million budget surplus.

What? Oh, and the city council continues to refuse to appoint a city auditor to watch over our tax dollars.

How many of those laid off employees live in Palo Alto? Almost zero.

How many will remain unemployed for three months in Silicon Valley in this economy? Almost zero.

Report Objectionable Content
Email Town Square Moderator
5 people like this
Posted by Independent
a resident of Esther Clark Park
on Feb 15, 2020 at 4:29 pm

@family friendly, yes, true, but that wasn't my point. My point was it's hard to create jobs and our city shouldn't be taxing businesses for creating jobs.

There are more job openings in Silicon Valley than there are unemployed people. My colleagues have recently hiring remotely at satellite offices of my company for the very first time, because it's impossible to find qualified candidates in the Valley who are still on the market.

Part of the reason it's impossible to find qualified candidates is that people would rather have a Silicon Valley job but live in Boulder or Austin if they can. This region has gone from the Valley of Heart's Delight to Los Angeles North in last twenty years.

Report Objectionable Content
Email Town Square Moderator
6 people like this
Posted by Neighbor
a resident of Another Palo Alto neighborhood
on Feb 15, 2020 at 5:13 pm

Actually, we’re constantly lectured by Governor Newsom and his glib politician associates that we need to be taxed more (!) to hand more $, services to those residing in vans, in tents, or on the street as if there had been mass layoffs (in fact, guys often move here from afar to receive handouts).
By contrast, in this re-structuring,
I predict NONE of these laid- off folks from VMWare will be demanding handouts or residing on the streets. That said, I am sorry for those being laid off.

Report Objectionable Content
Email Town Square Moderator
2 people like this
Posted by Merc rising on bust?
a resident of Green Acres
on Feb 15, 2020 at 5:20 pm

The Merc just ran a list of layoffs this month:

Report Objectionable Content
Email Town Square Moderator
5 people like this
Posted by Eshoo Doesn't Know What Cookies Are
a resident of Evergreen Park
on Feb 15, 2020 at 5:55 pm

This is what we also call workforce rebalancing.

There are far TOO MANY jobs in Palo Alto and not enough housing. We should be celebrating the decrease in traffic until we figure out where all these people are actually going to live. But we don't actually want that. We want all the benefits of corporate office parks without any of the responsibility.

We do NOT need more jobs. We need to rebalance the population density so our little town doesn’t continue transforming into a highly paid but miserable and unlivable sweatshop for corporations.

Report Objectionable Content
Email Town Square Moderator
10 people like this
Posted by Anon
a resident of Another Palo Alto neighborhood
on Feb 16, 2020 at 3:12 pm

Posted by Family Friendly, a resident of Old Palo Alto

Not to mention that the layoff/rehire process "somehow" results in more 50+ people no longer in the workforce while companies have plenty of slots open for 20-30-somethings, which they can only fill through H1B or whatever. A lot of the job churn is just pushing older employees out the door. I've seen this many times.

Flying: How to lower your impact
By Sherry Listgarten | 20 comments | 3,427 views

My angst about the disaster of these two debates
By Diana Diamond | 34 comments | 2,000 views