Setting the bar: Nine seniors who exemplify the meaning of being selfless | News | Palo Alto Online |

Setting the bar: Nine seniors who exemplify the meaning of being selfless 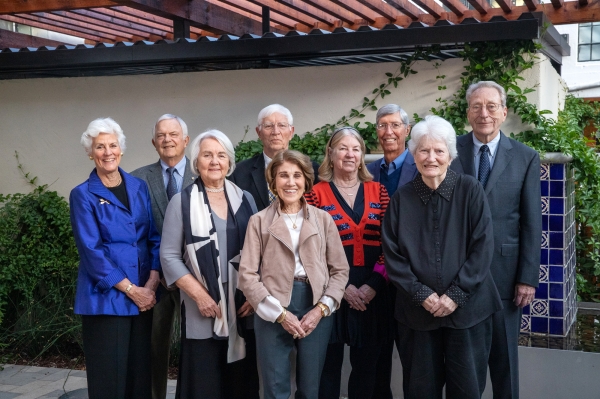 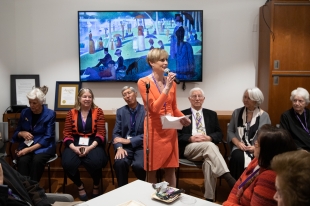 Avenidas President and CEO Amy Andonian delivers remarks at a reception honoring the 2020 Lifetimes of Achievement honorees at a reception at the nonprofit in Palo Alto on Jan 23. Photo by Magali Gauthier.

What Beautiful legacies and love of others that each has displayed, which love always continues to grow. Thank you!

Steve Player, per his name, was also on football at The Farm, and worked to help organize bay area professional soccer .
Kudos.

7 people like this
Posted by Inspiring Lives
a resident of Another Palo Alto neighborhood
on Jan 24, 2020 at 3:20 pm

Thank you, Palo Alto Weekly, for shining a bright light on lives well lived. These folks are an inspiration.

Curious...why are there are no significant volunteers representing the new wave of immigrants now residing on the peninsula? They are certainly seen in large numbers at the various community senior centers (i.e. MV) during the senior lunch program and various game rooms.

Flying: How to lower your impact
By Sherry Listgarten | 20 comments | 3,442 views

My angst about the disaster of these two debates
By Diana Diamond | 34 comments | 2,014 views