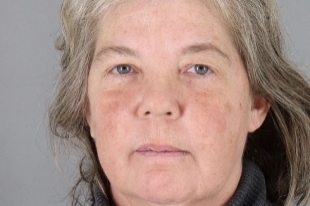 Dawn Giannini, 50, of Redwood City, was sentenced for sex-related crimes against a girl she was related to on Jan. 17. Photo courtesy of San Mateo County Sheriff's Office.

Angela Swartz writes for The Almanac, the sister publication of PaloAltoOnline.com.

How much real time in prison? In what decade does she get locked up? At least she'll pay a $700 fine - or owe it.

>> How much real time in prison?

^^^ As a former county jail inmate myself, if she was arrested in October of 2018 & had been remanded to jail (due to high bail or judge's orders) she may already have credit for time served...at least 14 months or so. That number will be subtracted from the prison term + there will be allowances for good behavior.

It should also be noted that inmates in county jail get double-credit for time served...in other words, 2 days of incarcerated credit for every one day served.

So she may have 28 months credit already...that's a little over two years.

It is oftentimes better to remain in jail if you already know you are going to be judged guilty as charged.

The food isn't all that good but it's free room & board. The key is to be in General Population & not lockdown which is reserved for the mentally ill and violent offenders.

Parents were living in a sick world today don’t let your children out of your sight. Don’t trust anyone with your babies. My 13-year-old niece snuck out and went to her friend's birthday party, by the time we arrived at the birthday house. We discovered that both birthday girls parents, we’re high off Marijuana.

Flying: A letter from a reader
By Sherry Listgarten | 9 comments | 1,239 views