Eitan Michael Weiner was found unresponsive by paramedics; no foul play is suspected 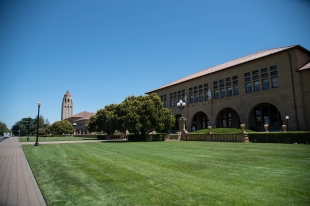 At Stanford University, a student was found dead in a campus fraternity on Jan. 17, 2020. File photo/Sinead Chang.

Flying: How to lower your impact
By Sherry Listgarten | 20 comments | 3,454 views

My angst about the disaster of these two debates
By Diana Diamond | 34 comments | 2,022 views