Stanford to share a historic anti-war speech by MLK

Event will include discussion from Dr. Clarence B. Jones, former King speechwriter 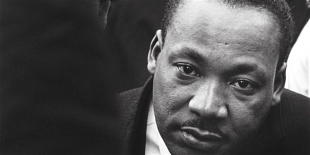 Stanford will broadcast a recording of Martin Luther King Jr.'s "Beyond Vietnam" speech on Jan. 16. Image courtesy of Stanford University.