City Council and Palo Alto Unified fail to reach agreement on new long-term lease before current one ends on Dec. 31 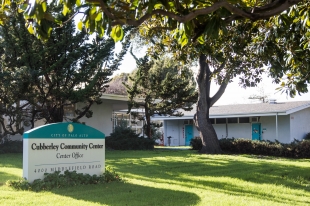 The city of Palo Alto owns 8 acres of Cubberley Community Center and the remaining 27 acres are leased to the school district. Both parties have been unable to strike a new deal for the complex before its current lease expires on Dec. 31. Photo by Veronica Weber.

If better Angels can't prevail on this scale, with these citizens watching the democracy, well then...

Why is the school board allowing Superintendent Don Austin negotiate this contract after the lousy deal he reached with Stanford? Thankfully his Stanford deal is moot, but had it gone into effect it would have allowed Stanford to avoid paying 70% of the cost of every student it sent into the PAUSD. After that bad deal, he shouldn’t be negotiating with the City. Austin is in way over his head.

community member is a registered user.

Report Objectionable Content
Email Town Square Moderator
2 people like this
Posted by Resident
a resident of Duveneck/St. Francis
on Dec 26, 2019 at 12:13 pm

I can't figure out what the drama is here. They have a lease; they are working on a new lease; meanwhile, the tenant goes month to month. That's pretty much every lease I've ever had - what's different here?

Also, the school district has not been "loath to decide whether to build a new school" - they decided long ago, and have definitively said they have no interest in doing so, and are unlikely to for at least 10 years. Enrollment is going down, not up!

The end of this is pretty obvious: the city will just do its own thing with its property, if they can get the voters to approve a bond. The school district will continue to lease them the parking lots and playing fields, just has they have for over 20 years. Which is all fine. This is a non-story.


Report Objectionable Content
Email Town Square Moderator
3 people like this
Posted by Independent99ivSF
a resident of Esther Clark Park
on Dec 26, 2019 at 8:50 pm

No teacher housing on publicly owned and financed land. Public assets are for us, the public. The average PAUSD teacher salary is now $115k, while the median household (unit of four) income in Santa Clara county is $119k. Single salary versus household income. And their benefits are very generous compared to the private sector. Meanwhile Pausd has $185 million in unfunded pension liabilities for teachers and $65 million in unfunded pension liabilities for classified staff. Current consumption is obviously too high - reduce pension liabilities instead of giving raises or financing housing using public assets.