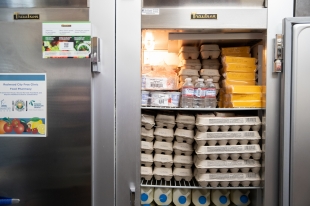 A new low. is a registered user.


Cutting funding for food for low income families is a new low.

This makes my heart ache.

Like this comment
Posted by Anon
a resident of Another Palo Alto neighborhood
on Sep 26, 2019 at 1:50 pm

Demoralizing, yes. But, not exactly "new".


Report Objectionable Content
Email Town Square Moderator
Like this comment
Posted by no heart, voila, no heartache!
a resident of Greendell/Walnut Grove
on Sep 26, 2019 at 1:55 pm

> This makes my heart ache.

Welp, the peeps doing this don't have to worry about heartache.

Report Objectionable Content
Email Town Square Moderator
9 people like this
Posted by Liz Gardner
a resident of Mayfield
on Sep 26, 2019 at 3:18 pm

This is not only a loss food in the bellies of our children, it's a loss of funding for our local school districts as well. These draconian, regressive and punitive measures is another way for Trumpism to lay a heavy, depressing blow on the shoulders of our most vulnerable - children and families. SAME SHAME DIFFERENT DAY! Our oppressive tax policies first went after our public education, then our right to decent/safe affordable housing. Now they are clearing out the crumbs from the shelves our cupboards.

Flying: How to lower your impact
By Sherry Listgarten | 19 comments | 3,180 views