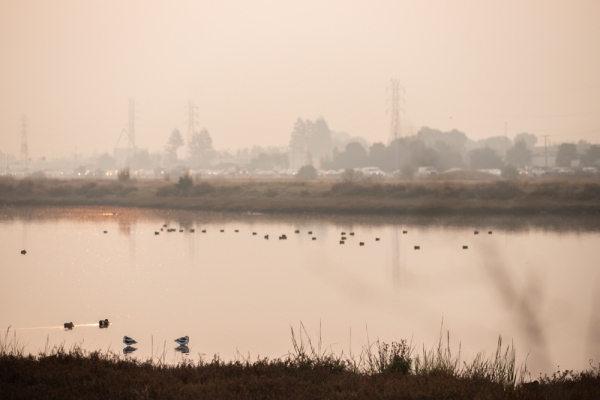 During the Camp Fire in November last year, a hazy sunrise obscured traffic alongside a pond at Menlo Park’s Bedwell Bayfront Park. At that time, the air quality, due to wildfire smoke in the region, was rated as some of the worst in the world. (Photo by Magali Gauthier/The Almanac) 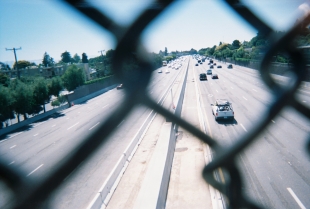 Traffic on U.S. 101, which cuts through the city of East Palo Alto, as shown from a new bike and pedestrian bridge over the highway. (Photo by Zeenat Dhillon)

Kate Bradshaw writes for The Almanac, the sister publication of PaloAltoOnline.com.

Flying: How to lower your impact
By Sherry Listgarten | 19 comments | 3,182 views