Air quality advisory expanded for the region due to wildfires 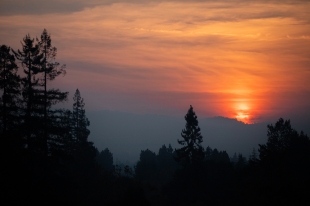 A red sun sets behind the smoky Santa Cruz Mountains in November 2018. The Bay Area will be under a third consecutive Spare the Air alert on Sept. 14. Photo by Magali Gauthier.

'Are they ready for fully innovative Indian food?' Ettan arrives in Palo Alto with chaat, caviar and a secret menu
By Elena Kadvany | 1 comment | 3,808 views

Flying: How to lower your impact
By Sherry Listgarten | 15 comments | 2,738 views