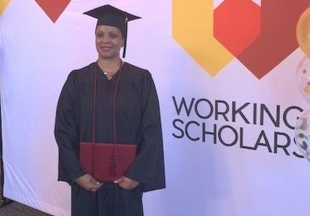 I would be interested in getting an online medical or dental degree with the option to specialize.

'Are they ready for fully innovative Indian food?' Ettan arrives in Palo Alto with chaat, caviar and a secret menu
By Elena Kadvany | 1 comment | 3,778 views

Flying: How to lower your impact
By Sherry Listgarten | 15 comments | 2,702 views