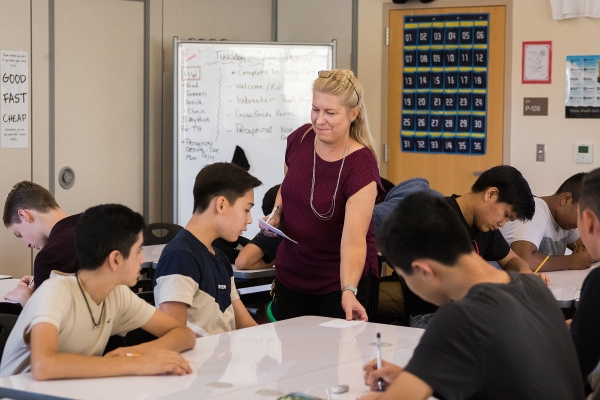 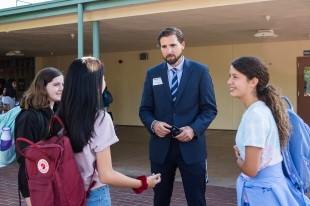 4 people like this
Posted by Resident
a resident of Another Palo Alto neighborhood
on Aug 13, 2019 at 6:22 pm

I'm interested in hearing how the "improvements" to Arastradero have affected both commutes to both secondary schools.

Alvin is a registered user.


Can somebody explain why the school year begins earlier each year? I remember when school started the day after labor day and ended in mid-June. We had longer summers back then, but we also started school when the weather was a little cooler and ended before it got too hot. Besides, August is prime vacation month. Now that's gone.

And why is the school day so long? Are we so naive to think that students attention spans - let alone adult attention spans - can last for 7+ hours in a day sitting in a classroom listening to lectures? I'd like to see any parent or school board member try to last one week with the typical student's schedule and see if they make it without dying of boredom or exhaustion. Or are we just training our kids for their future industrial era lives of 8-5 jobs Mon-Fri...or is school a place to warehouse kids while the parents work and/or a jobs program for the union workers?

Jerry Underdal is a registered user.

I plan to be out on Arastradero tomorrow morning. For the past several months I've either walked or biked Arastradero west of ECR several times a week to check out the progress. I live two blocks off Arastradero but don't drive it often , so others will need to fill you in on that. Biking and walking, though, are much improved. Two of the four sections of the Charleston/Arastradero Corridor have yet to be reworked. They contrast with the newly-done sections that are smooth, well-designed and clearly (though, on first sight, confusingly at times, ) marked sections.

If you drive from Foothill to 101 (or the reverse) you'll notice many differences. Others won't be visible but contribute greatly towards making this infrastructure investment worthwhile. I'm glad to live in a city that can get this done, even if it takes fifteen years.

^ Yes, I believe reconstruction of the grade crossing will take at least 15 years.

Report Objectionable Content
Email Town Square Moderator
13 people like this
Posted by mauricio
a resident of Embarcadero Oaks/Leland
on Aug 14, 2019 at 6:32 am

mauricio is a registered user.


Starting the school year on August13-14 is utterly ridiculous. School should start after Labor Day. I'm unaware of any country in the northern hemisphere where school starts in August, let alone in the first half of the month.

Report Objectionable Content
Email Town Square Moderator
4 people like this
Posted by Local family
a resident of Another Palo Alto neighborhood
on Aug 14, 2019 at 9:14 am

What I'm not seeing in the new grading system, is a system that facilitates student learning, improvement, and mastery, rather than existing still to sort and label the students for the benefit of the system.

There's really nothing wrong with A's B's and C's, as long as they are used to help each student find and correct their own foundations (per Khan), rather than as a way to indelibly label and sort them and then move on.

The problem with the local schools is the idea that learning has to be painful is still too ingrained. And the idea that student learning independence is too difficult for a public school.

Report Objectionable Content
Email Town Square Moderator
15 people like this
Posted by Alum
a resident of Palo Alto High School
on Aug 14, 2019 at 10:08 am

Alum is a registered user.


Starting school earlier allows high schoolers to finish the first semester before winter break. It takes away a lot of the stress that would be there if students had to study for finals over break. It also makes traveling at the start of summer nice because it is a week or two before everyone else gets out.

Report Objectionable Content
Email Town Square Moderator
14 people like this
Posted by Cover-up Culture
a resident of Community Center
on Aug 14, 2019 at 11:56 am

"Evidence based grading?" Since there is a "name" attached to this "grading," that must mean it is 'different' than the traditional grading that has been used by schools, such as tests testing knowledge and subject mastery, homework to practice, and so forth?

What are the objective measures associated be "evidence based grading?" To whom will it apply?

Report Objectionable Content
Email Town Square Moderator
7 people like this
Posted by Citizen
a resident of Crescent Park
on Aug 14, 2019 at 12:04 pm

Who is Grierson referring to in his quote below and what is he saying about the rigor of "evidence based grading?"

"It's a complete cultural shift, especially for many of our parents who come from abroad because they are looking for that Palo Alto rigor of grades and percentage points," Grierson said.

What: A media event and ribbon cutting ceremony with Project WeHope and Whole Foods Market Northern California to unveil and celebrate the new Dignity on Wheels mobile hygiene trailer for the city of Oakland.

Dignity on Wheels is an initiative of Project WeHope that helps people become healthier, employed and housed by providing mobile hygiene trailers.

Why: In July 2018, Whole Foods Market stores in Northern California raised $179,000 for Dignity on Wheels through a quarterly Community Giving Day initiative. Dignity on Wheels used these funds to purchase a brand new mobile hygiene trailer for those in Oakland experiencing homelessness.

“We are grateful to Whole Foods Market stores in the Northern California region for donating $179,000 to Project WeHope during Community Giving Day last year, allowing us to purchase a brand new hygiene trailer and make a difference in the Oakland community,” said Pastor Paul Bains, Project WeHope.

"We are proud to support Project WeHOPE," said Omar Gaye, Whole Foods Market Northern California Regional President. “The funds raised from a region-wide Community Giving Day will allow Project WeHOPE to expand their Dignity on Wheels Program to Oakland, making an even greater impact in the lives of our community members experiencing homelessness."


Report Objectionable Content
Email Town Square Moderator
3 people like this
Posted by Old Fart
a resident of Green Acres
on Aug 14, 2019 at 9:22 pm

S***w high schoolers. It sucks for everybody else. Just give them finals few weeks early if you don't want to "stress" them. Starting school in early August is insane. Whoever's great idea this change was.

Report Objectionable Content
Email Town Square Moderator
8 people like this
Posted by Downfall
a resident of Fairmeadow
on Aug 14, 2019 at 11:51 pm

Wow, from what I can tell not a single Paly picture or pictures of middle schools other than JLS. Such balanced coverage!

Evidence based grading sounds like complete BS to me. Just another way to try an achieve some unnatural forced equity of achievement in the classroom. In classroom of students with different abilities a bell curve distribution of grades is expected and normal.

Finally I understand the high achievement environment at Gunn and the history of suicides but if you are to the point of having therapist offices on campus maybe it is time to step back and do something about the culture of the school.