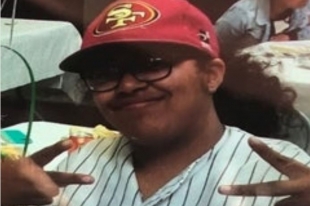 Salamasina Lolita Alo, 20, of East Palo Alto, has been missing since June 30. Her family is asking for the public's help to find her. Photo courtesy Redwood City police.

4 people like this
Posted by Concerned
a resident of Another Palo Alto neighborhood
on Aug 14, 2019 at 9:21 am

Is there a photo without a hat? It's very hard to see anyone well when a hat shades their face and hides their hair.

All the best for her safe return to your family.