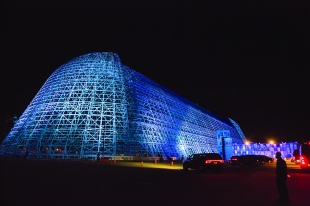 This year's winners of the Breakthrough Prize in Fundamental Physics will be honored at an awards ceremony at NASA Ames Research Center's Hangar One on Nov. 3. Photo by Natalia Nazarova.

Flying: How much is enough? It's personal.
By Sherry Listgarten | 7 comments | 1,956 views