Police: Man exposes himself to girl in Fairmeadow 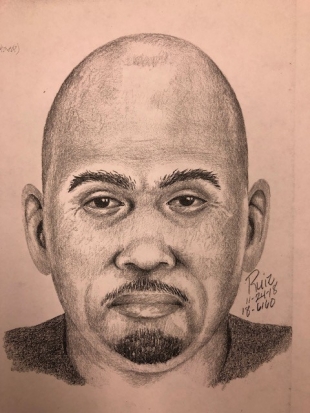 The man sketched above exposed himself to a girl while she walking with her dog in the 300 block of East Meadow Drive on Nov. 19, 2018. Image courtesy Google Maps.

Venturan is a registered user.


Ugh, I hope they catch this creep!
Same thing happened to me as a child and I still shudder with the 45 year old memory.

I'm not a psychologist or anything but curious...what prompts certain individuals (usually male) to partake in such peculiar activities? Does it stem from some sort of childhood experience/trauma or is it just indicative of an unexplainable loose screw?

Whether this behavior is rooted in childhood or simply a preoccupation to get attention has yet to be established as it would require a sizable number of individual practitioners in order to get a clearer perspective. Since many exhibitionists flash and then vanish, it is very difficult to assemble them as a collective case study group.

You Can Help: Scents and Migraines
By Chandrama Anderson | 0 comments | 1,195 views