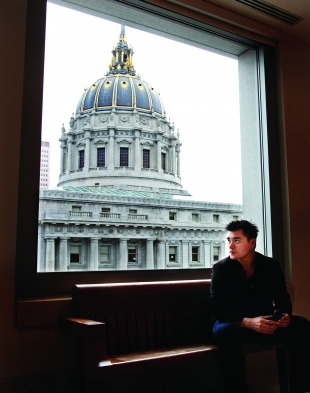 Jose Antonio Vargas sits in the window of the Superior Court of California with a view of San Francisco's City Hall dome in July 11, 2011, shortly after publicly coming out as being undocumented. Photo by Michelle Le.