Sheriff investigating whether Stanford watchman linked to other campus murders 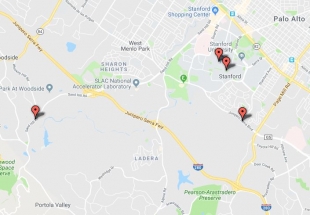 Four murders took place on or near the Stanford University campus between 1973 and 1974 that share some similarities, but have not been linked. Image created via Google Maps.

What is the traditional murder rate at Stanford? 4 murders in less than 2 years sounds very high to me. I hope that new technology can solve more of these cases.

Flying: How to lower your impact
By Sherry Listgarten | 19 comments | 3,253 views