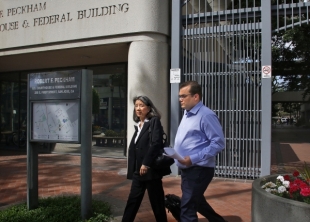 "The document listed usernames, passwords and email addresses used internally to access the company's corporate-level IT infrastructure settings and router."

Any company that keeps a document like this on the public internet cannot be trusted with customers' personal information.

Editor's note: Rest assured, this is not a current practice of Embarcadero Media.

What Local Teens are Saying
By Sherry Listgarten | 19 comments | 2,626 views