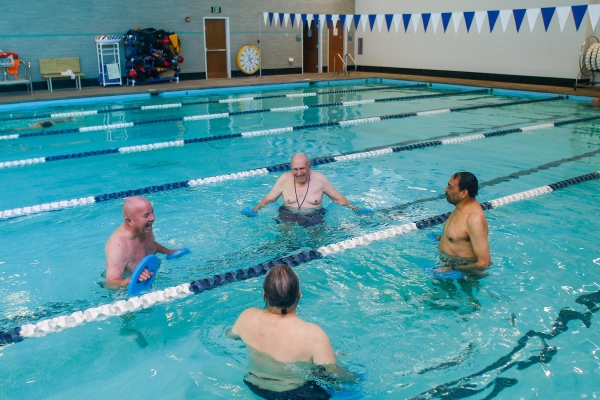 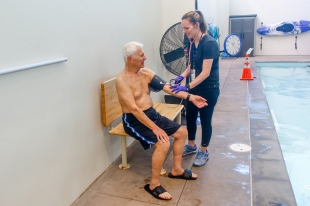 Heather Taylor, site study coordinator for a study on whether water aerobics can help enhance memory at the VA Palo Alto Health Care System, takes a blood pressure reading from Richard Whittington before an exercise class on Jan. 22, 2018. Photo by Veronica Weber.

I have heard great things about this program!