Updates on the good, the bad and the ugly from 2017 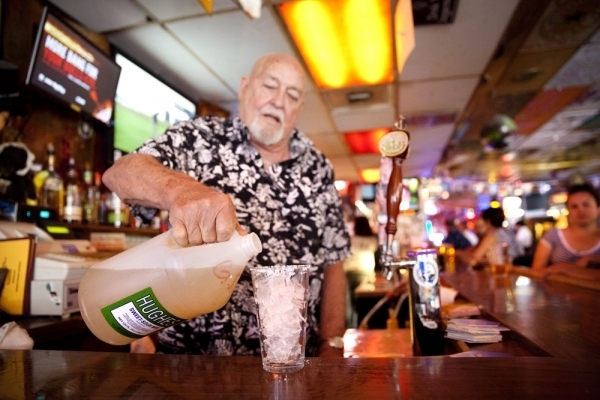 Tony Montooth, owner of Antonio's Nut House, pours his personal margarita mix at the bar. The future of the longtime California Avenue dive bar has been in limbo since Montooth's death in May. Photo by Michelle Le. 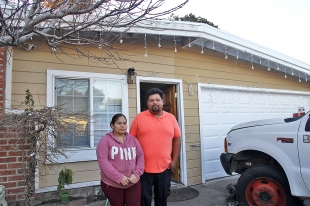 Laura Saldaña and Juan Pinto stand outside their home in East Palo Alto, which they share with their four children and Juan's parents. They say bounty hunters harassed them in March, making two late-night visits and demanding to know their immigration status. Photo by Veronica Weber.

2 people like this
Posted by Innovator
a resident of Another Palo Alto neighborhood
on Jan 1, 2018 at 11:05 pm

"convened a group of teachers to find other ways to nurture innovation, particularly in the high schools. Dubbed the "Learning Design Team, the teachers were asked to develop "authentically engaging, inquiry-driven educational experiences, programs and classes."

The trouble I see for this endeavor, as badly needed as it is, is that our district has yet to make peace with the idea that problems should be solved by working with families rather than torturing them until they (and their problems) leave.

People who are content with their circumstances are not innovators; why would they be? Necessity is the mother of invention, so those who truly need things to change are the best place to empower innovation. The trouble is that PAUSD still sees "threat to the brand" and "threat to my administrative control " rather than opportunity. They want things to develop all nicely nice and only with people they like, so they just don't get out of their comfort zones. And they only want innovation to trickle down from the top, so they don't get innovation. It ends up being just like creativity . Teachers say they want creativity, but researchers find that's because mostly teachers don't know what creativity is, they usually punish it. What they prefer in actual practice is compliance, not creativity.

The other concern I have in the way this is proceeding is that children are still being viewed as blank slates, rather than autonomous beings. There really is no need to wait for something, they could start something on the model of almost every other surrounding district that has independent study and homeschooling programs. This district first desperately needs to get comfortable with the idea that students can and should be in charge of their own educations. Too many kids are just getting worn out and not allowed to develop broadly enough. That doesn't take a new school to fix.

The new program will not work as well as it should under the same control-freak administrative tendencies with a little petty retaliation sprinkled on top whenever anyone gets uppity, I.e. demonstrates the exact traits researchers recognize are essential for innovation.

With that caveat out of the way, Godspeed, I hope you do bring about disruptive change.