Good day for the locals at Coaches vs. Cancer Classic 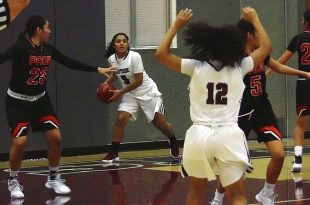 Kayla Tahaafe looks to get the ball to DeDe Franklin (12) during Eastside's win Thursday.