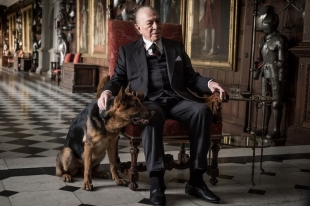 Christopher Plummer replaced Kevin Spacey as billionaire Jean Paul Getty in "All the Money in the World," an account of the real-life kidnapping of Getty's grandson. Photo courtesy of TriStar Pictures.