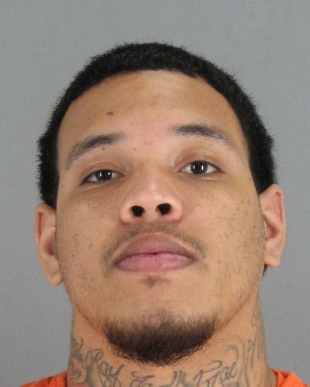 Daray Mose was sentenced to four years in prison for robberies in East Palo Alto and Menlo Park on July 28, 2017. Photo courtesy of the San Mateo County Sheriff's Office.