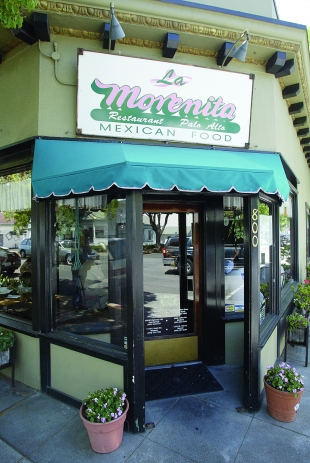 La Morenita, which opened on Emerson Street in 1994, will close at the end of the month. Palo Alto Weekly file photo.

Halo needs to step it up a notch if they want to remain in business. I walked in there one day with a gift card but without an appointment - I didn't know I needed an appointment at a place that only offers a blow dry. I had no intention of having my hair blow dried but was interested in purchasing some makeup. I was rudely told that the person who works with makeup was not in and to come back the next day. I scanned the makeup and saw that it was very cheap looking and even though I had a gift card I decided I didn't want their makeup. I gave my gift card to a neighbor who will hopefully have a better experience than I had.

La Morenita has been a pleasant, tasty, low-key place to dine for many years. I think this closing write-up does not do it justice. We've been going almost since it opened, and there were many times when there was a long wait to be seated. Twenty-three years in this town tells you something. We will miss it!