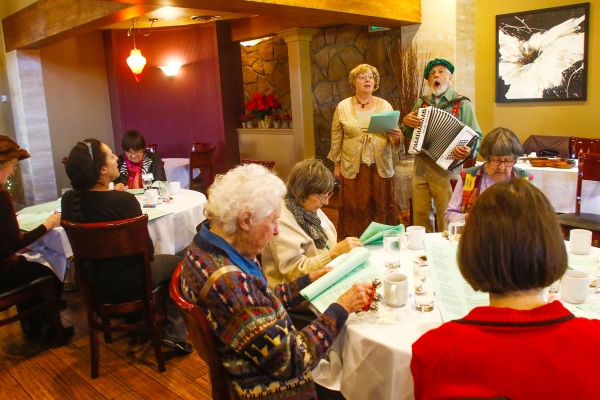 Jena Rauti and Gary Breitbard lead the Barron Park Seniors Club in singing "Deck The Halls" and other Christmas carols during the club's holiday meeting at Cibo restaurant in Palo Alto on Dec. 14, 2017. Photo by Veronica Weber. 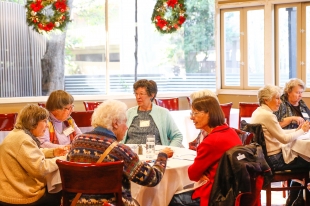 Ms Dremmann:
Having get togethers based upon age-related groups like this one is wonderful. Especially since as we do get older often our social group can become reduced. It is appreciated, for those unfamiliar with this local opportunity, that you have so thoroughly described a number of activities that transpire. What is not appreciated is the manner that you have chosen to describe some of the Participants. Many of said participants have run businesses, cured patients, and contributed in innumerable other significant ways during their years. Many of us, that are in what is termed senior years, still work, enjoy cooking, and love talking about our kids and grandkids! Your manner edges toward condescension overall, in my opinion. Unfortunately, the Elders in our society are not often respected but are spoken about and often treated in the same manner young children are so often spoken about and treated.