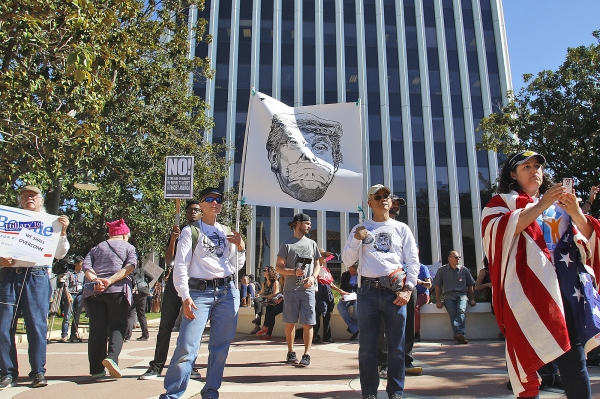 Kira Od and John Lau, center, hold up a poster of Od's critical illustration of President Donald Trump as Maria Martinez, far right, and Joshua Davis, center behind Od, and fellow attendees of the Tech Stands Up event listen to speakers on March 14, 2017. Photo by Veronica Weber. 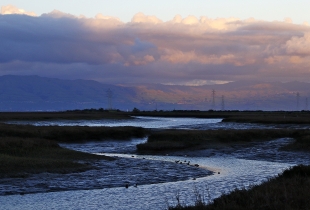 Clouds drift past the many channels of the Palo Alto Baylands as the sun sets on Feb. 22, 2017. Photo by Veronica Weber.