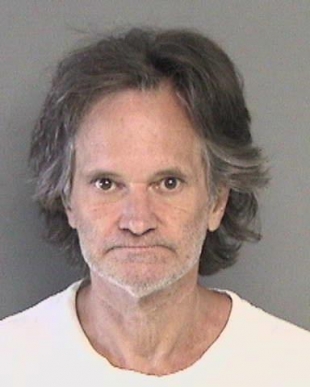 Ross Gordon Laverty, 56, of Oakland, is being held without bail for allegedly mailing a bomb that exploded at an East Palo Alto home on Oct. 19, 2017. Photo courtesy Alameda County Sheriff's Office.

Wow - great instincts on the part of the recipient!
Glad they are doing all right. Sounds like it could have been so much worse.