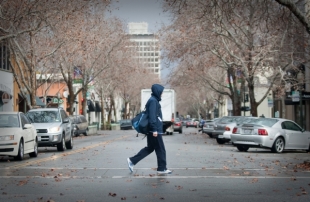 Gusty conditions are forecasted for the Bay Area Tuesday afternoon are expected to range between 30 to 40 mph before rain expected to arrive through the region overnight. Weekly file photo.