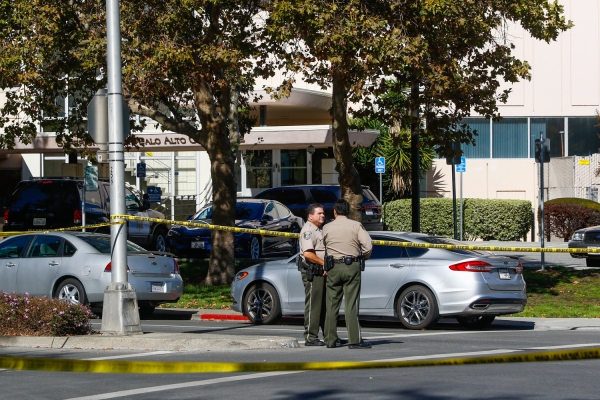 Deputies from the Santa Clara County Sheriff's Office stand in front of the Palo Alto Courthouse where two county inmates escaped from the courthouse fleeing in a getaway car. The two were at the courthouse for a hearing before they escaped. Photo by Veronica Weber. 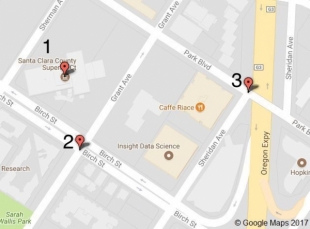 Two inmates at the Palo Alto courthouse broke away from a supervising deputy and made their way across the street to a burgundy Toyota Camry parked on Birch Street. They fled in the vehicle that was left behind at Park Boulevard and Sheridan Avenue, where they transferred to a U-haul cargo van, Santa Clara County sheriff's officials said. It is unclear which direction they fled. Image courtesy Google Maps.

Amazing story! If this team of four had spent all this talent to plan and execute the escape in a productive endeavor, they could have been living a successful normal life now.

Gunn Dad is a registered user.


Very informative article, thanks! So Bivins was not only able to escape from a courthouse deputy while chained and handcuffed, but also later was able to drive away from police vehicles who were shooting at him. It would be nice to hear that there will be consequences for the responsible LEOs here. Color me skeptical.