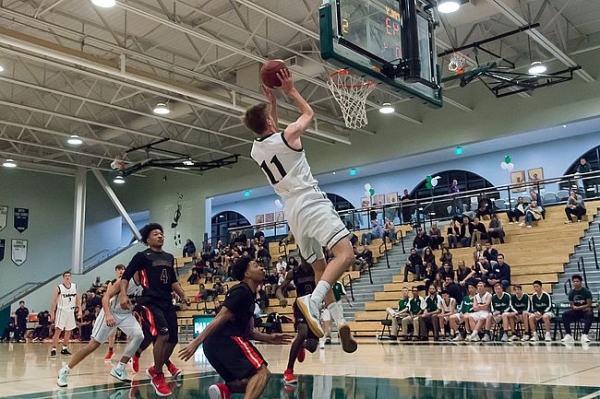 Max Dorward goes for two of his 18 points. Photo by David Hickey. 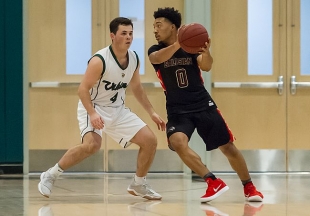 Jared Wulbrun hit his first two shots before injuring his ankle early in the second quarter. Photo by David Hickey.