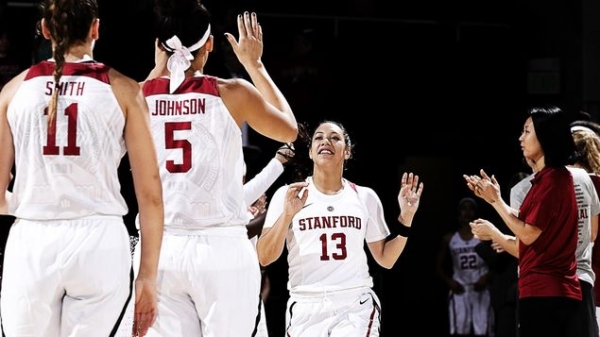 Alanna Smith and Kaylee Johnson welcome Marta Sniezek (13) back to the court. Photo by Bob Drebin/isiphotos.com.