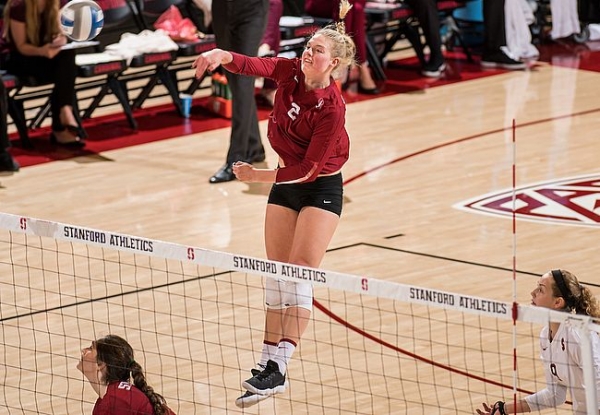 Kathryn Plummer had 16 kills for Stanford in the national semifinals. Photo by Karen Ambrose Hickey/isiphotos.com. 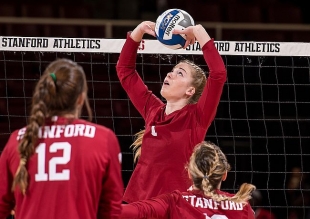 Jenna Gray recorded 49 assists and was 6-1-7 in the attack for a .714 hitting percentage. Photo by Karen Ambrose Hickey/isiphotos.com.