Colleague: Women who died were computer scientists, partners in life 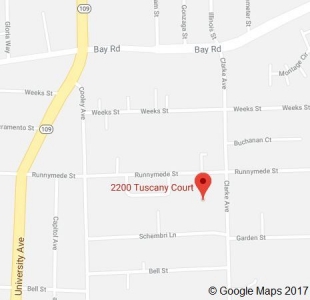 There are no outstanding suspects in the deaths of two people found dead of gunshot wounds in the 2200 block of Tuscany Court in East Palo Alto on Dec. 13, 2017. Image courtesy Google Maps.

This is just so sad. Suicide of any type is sad and when it involves another victim it is more than just sad but very hard to understand.

I hope we hear more about what happened here because it sounds as if this could have been anyone's neighbor or friend.

So Makarios is the murderer. Why such a focus on a murderer, painting a portrait of her supposed brilliance and humor and accomplishments, rather than the victim? It's unseemly.

Report Objectionable Content
Email Town Square Moderator
5 people like this
Posted by John E, Chingas
a resident of East Palo Alto
on Dec 18, 2017 at 5:43 am

I wonder how many people were SHOCKED that it wasn't GANG related ?...but, instead.. SHOCKED that the victims were Anglo-Saxon's instead ?
ZERO Homicides since 11/27/16 ?....just to show you that it's not only gang banger's that kill.... don't be SHOCKED people.