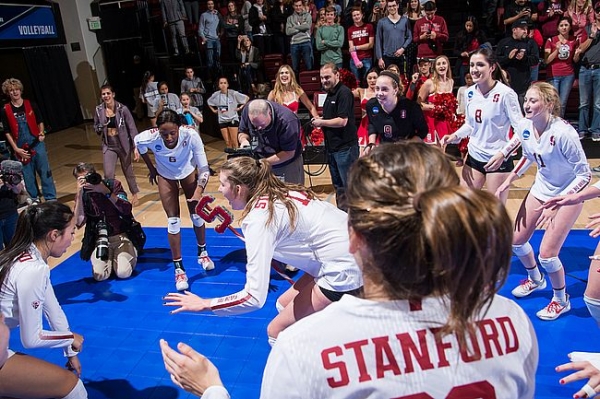 Merete Lutz (in the middle) is one of six Stanford All-Americans. Photo by Karen Ambrose Hickey/isiphotos.com.