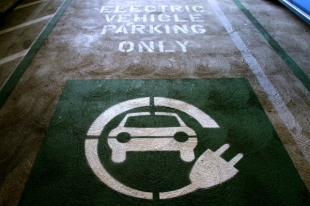 
I was at CC last night and after listening to all that was said about this issue I was struck by a cynical thought: our sustainability guru has built-in job protection for the life of the plan. Also, Palo Alto takes some intrinsically contradictory positions. CC approves commercial development that increases jobs and, since there's a housing shortage, traffic while at the same time imposing sustainability requirements on residents and businesses. CC lists groundwater conservation goals but leaves de-watering off that list. The city wins an award for being a healthy city, but continues to approve development at a rate that results in more harmful emissions b/c of traffic congestion. At the proverbial end of the day, how is this not akin to going in circles?


I am thankful to those who made the initial call to action to divest the city from fossil fuelishness, to everyone who signed the petition for divestment, to those who came out to speak last night in support of divestment, and to all who spoke in support of sustainability, or for ending excessive ground water pumping.
I'm thankful to the staff and committee members who prepared and will implement the sustainability action plan.
Finally, a big thank you to Councilman Cory Wolbach who made the motion directing staff to prepare for discussion of divestment from fossil fuels early next year, to Mayor Scharff for seconding, and to the rest of Council for supporting the motion.
It's not a done deal, Council will need to discuss and approve a specific plan for divestment from fossil fuels, and more generally for aligning the city's investments with its values, but the process is now in motion.

7 people like this
Posted by Resident
a resident of Another Palo Alto neighborhood
on Dec 12, 2017 at 12:37 pm

When it comes to transportation there seems to be no mention of how Palo Alto will coordinate with other neighboring cities to implement shuttles and other forms of public transit. For many in Palo Alto for example, the nearest Caltrain station may be at San Antonio. For many who work in say Sunnyvale or Redwood City, because of the zone pricing, those who ride Caltrain to Sunnyvale pay less than those that ride to Redwood City although the number of miles or the number of stations may be less.

If public transit is something to be taken seriously, then we need better methods of implementing this than we are doing now. As much as I hate the idea of having more City Hall staff, it occurs to me that having one city official who is in charge of public transit and spends time with our neighbors to talk to Caltrain, VTA, SamTrans and get us better options would help. The fact that trying to get to any one of our airports by public transport takes longer than some of the flights we take, means that getting to SFO and SJC needs much better alternatives. For those of our local employees who cross the Bay or come from the coast, the only choice is by car. To really take public transit seriously it has to be done as a regional issue but at the same time it has to be an efficient, reliable and affordable option.

I spoke recently with someone who commutes from Gilroy to Mountain View on a daily basis by private car. It is cheaper and more reliable to drive than to depend on the limited and expensive Caltrain service. I found this completely wrong. It has to be City officials who put pressure on the region to sort these things out. Unless we can get public transportation to be better utilized by offering better options we are not going to make a dent in the number of cars on our roads.

We could be a leader in all this. Instead we are treating Palo Alto as an island with the idea of keeping outsiders out and no thoughts to those who commute out of town each day. We have to do better.