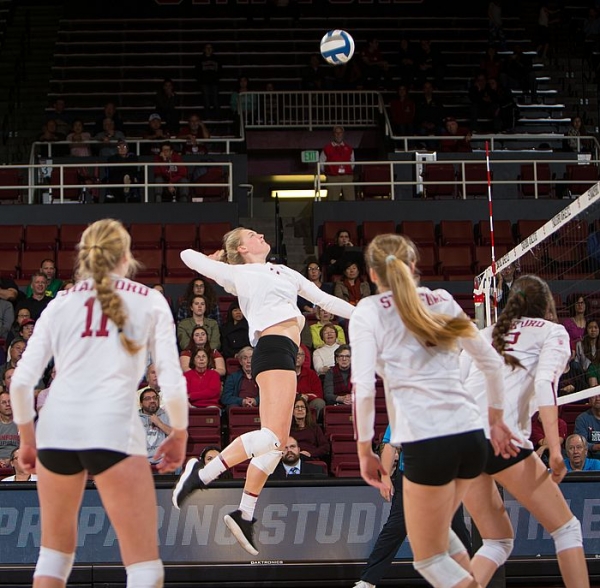 Jenna Gray recorded a pair of aces to help the Cardinal beat Texas on Saturday night. Photo by Al Chang/isiphotos.com.