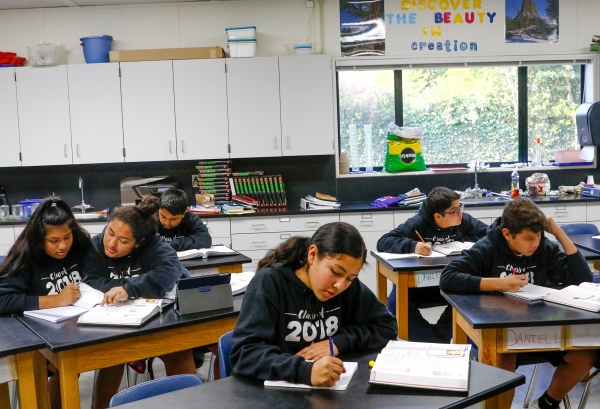 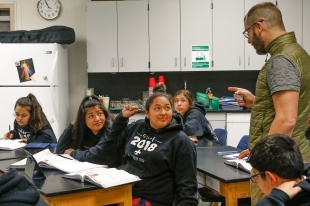 St. Elizabeth Seton School eighth-graders from left, Yamarie Martinez, Anayeli Lopez, Briana Diaz and Victoria Mora, talk with science teacher Scott Bell while they study about the states of matter while working from their textbooks on Dec. 7, 2017. The school purchased the new textbooks with grants from the Holiday Fund. Photo by Veronica Weber.

Nothing is more helpful for children from homes that lack educational achievement than an ability to open the eyes of the children to the possibilities that are realized from education and academic achievement.

Kudos to the Palo Alto Weekly, the Thomas Merton Center and any others who contribute to such a worthwhile cause!