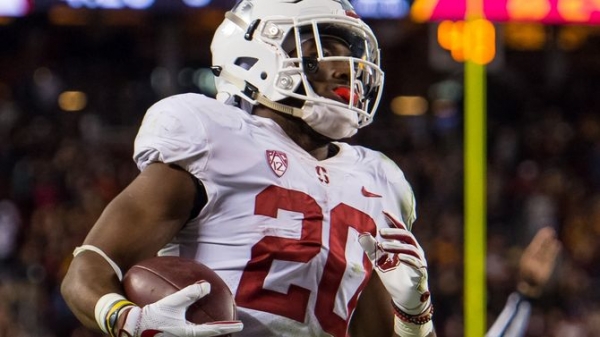 Stanford's Bryce Love won the Doak Walker Award as the nation's top running back and finished second in the voting, behind Oklahoma quarterback Baker Mayfield, for AP Player of the Year. Photo courtesy of Stanford Athletics.