Midpeninsula parents with no kids at home have few housing options 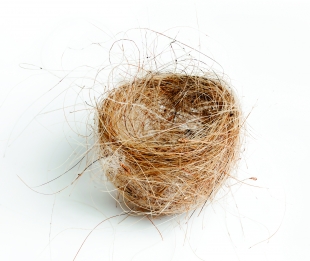 Baby boomers who are on the younger end (closer to 50 than 60) have a conundrum when they think about selling their homes and paying a high tax bill or just staying put. Image courtesy of PhotoSpin.

This is collateral damage from Proposition 13. In a healthily functioning land market, as people's housing needs changed over time (e.g., the aging of the boomer generation past the years when many had school-aged children in the home) many would decide that it was time to move into more suitable homes for the newest age-and-stage. But due to Prop 13's peculiar lock-in effects, they never left, never provided the consumer demand for the next sort of housing -- be it a relatively new and technologically modern and efficient smaller single family home on a smaller lot, or a part of a larger building, with elevator, view, proximity to amenities including public transportation, cultural attractions, walkable neighborhoods.

They didn't demand these things, and they didn't supply to the younger families the family-sized homes they needed. So the young families were forced to drive until they qualified for a mortgage -- not just on their househunting trips, but day in and day out.

How could California get itself out of this situation? Get enough ordinary people to recognize that Prop 13 is not in the real interests of the vast majority of its residents. Yes, it is very kind to well-established companies, and large landholders. The rest? Not so much. Announce that Prop 13 will go away in 2 years. Have the assessors do what assessors do: value the land accurately, every parcel. Map it, so that everyone can judge their quality. Consider not even bothering to value the buildings; valuing buildings is expensive to do and invasive, and a there exists a strong argument for not taxing buildings at all. (Remember Milton Friedman's wise statement? Over the course of 40 years, he called taxing land value the "least bad" tax. Curious that he never raised his voice against Prop 13, whose effect was to largely untax the land whose value appreciated the most.

Announce that in 3 years, every property holder will be paying taxes based on the market value of their site. Amazing things will happen, and it won't wait for 3 years to start. Stay revenue neutral if you like, at first -- that is, only collect in property taxes the amount you're currently collecting, but redistribute the load based not on when a property was purchased, but on what it is worth today, whether it was bought in 1977, 1987, 1997, 2007 or 2017. Some of California's most burdened will become less burdened; some of the long-subsidized folks will decide that maybe someone else can use that land after all. Those who want to build housing will have access to the most necessary input: LAND! Demand for more modest homes will blossom, and so will jobs, and the density that supports public transit, and short commutes, and more affordable homes.

Likely the next step might be to increase the portion of California's taxes that come from land value, since it has been kept so low for so long, and substitute this for sales taxes, or for wage taxes on all but the highest earners. This will create a more vibrant economy.

Remind me: what's not to like about this picture? Seems like a win-win-win, unless you're one who has long been subsidized and is basking in your prospects for a windfall for yourself or your heirs.

Report Objectionable Content
Email Town Square Moderator
3 people like this
Posted by John
a resident of Midtown
on Dec 9, 2017 at 8:18 pm

The obvious answer, re: Prop 13, is to reassess every property to 1978 values (when Prop 13 passed)and increase its assessed value by 2% per year since then. There would be no basis to complain about unfair taxation then. It's the egregious appetites of the socialists to spend the common peoples' money that distorts our housing markets. As a homeowner (widower and empty nester), I would definitely consider downsizing, but not with the distorted taxation rates.

Report Objectionable Content
Email Town Square Moderator
10 people like this
Posted by resident
a resident of Downtown North
on Dec 10, 2017 at 2:38 pm

The tax issues are only one problem. Another big problem is the lack of smaller properties for couples whose grown kids have moved to their own homes. I know a lot of older couples who would like to move out of their 4 bedroom home and into a lower-maintenance 2-bedroom condo, but too few of those are for sale in Palo Alto.

Report Objectionable Content
Email Town Square Moderator
12 people like this
Posted by resident
a resident of Downtown North
on Dec 11, 2017 at 12:22 pm

Curious that this article does not mention that the Realtor's lobby is proposing a state ballot proposition around this issue. Mercury-News report: Web Link

Personally, I think a tax break without an increase in housing stock is not going to accomplish much.