The Franco brothers 'camp out' for 'The Disaster Artist' 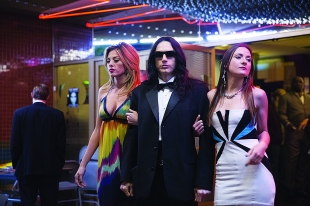 James Franco plays the eccentric Tommy Wiseau, known for making what's been dubbed "the worst film ever made," in the biographical comedy "The Disaster Artist." Photo by Justina Mintz, courtesy of Warner Bros. Entertainment Inc.