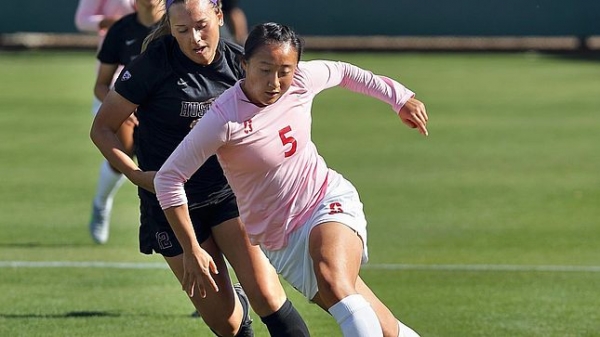 Michelle Xiao was honored with the NCAA's Elite 90 Award, given to the student-athlete with the highest cumulative grade-point average at his or her championship site. Photo by Hector Garcia-Molina/StanfordPhoto.com.