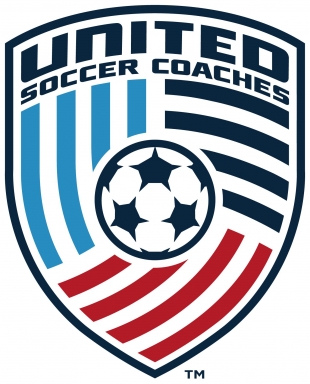 Forward Corey Baird, defender Tomas Hilliard-Arce and, forward Foster Langsdorf and midfielder Drew Skundrich were first team selections and goalkeeper Nico Corti earned a spot on the third team. The quintet has led the Cardinal to its third straight College Cup where it will face Akron at Talen Energy Stadium in Philadelphia, Pa. on Friday in one national semifinal at 6 p.m. ET on ESPNU.

Stanford's four first team performers are a school record, besting the three from 2016, 2015 and 1998. All seniors, this quintet has won a pair of national championships, four Pac-12 titles and is the country's winningest program the past four years with an overall record of 63-10-13 (.808).

It's the second consecutive first-team all-region nod for Hilliard-Arce and the third of his career. He was also on the All-Far West Region third team in 2014. Also a Hermann Trophy semifinalist, Hilliard-Arce is a two-time Pac-12 Defensive Player of the Year and has led a Cardinal defense that has posted 45 shutouts among his 85 career appearances at center back. Stanford has posted a 0.61 goals against average since 2014, has finished in the top 10 nationally that category the past two years and is currently second this season (0.42). The Cardinal is in the midst of an NCAA-record run of 10 consecutive postseason shutouts spanning 1,022:17 of match time. A force on set pieces, Hilliard-Arce also has 13 career goals and five assists, including four goals and three assists this season.

It's also the second consecutive first-team all-region award for Langsdorf. In November, Lansgdorf became the first two-time Pac-12 Player of the Year in conference history. The league's career scoring leader with 36 goals, he is 11th nationally with 13 this season, ninth in the country in total points (32) and sixth in game-winning goals (5). Langsdorf was fifth nationally with 15 goals a year ago and is the first Cardinal with back-to-back, double-digit goal campaigns since 1990 and 1991. Sixth in school history in career goals and alone in seventh with 84 career points, his career goal total is the most for a Stanford player in 34 years. Langsdorf has 17 career game-winning goals, including 13 the past two seasons to go along with 12 career assists.

A two-time team captain, Skundrich is fourth on the team in goals (5) and third in assists (5) this season and has nine goals and 13 assists in his career. A versatile player, he started all 23 games at right back during Stanford's 2015 championship run and moved to the central midfield and has started all 44 matches the past two seasons. He was selected to the NSCAA All-Far West Region second team as a junior and earned All-Pac-12 first team accolades this season.

In his first season as a starter, Corti has stepped into goal and positioned himself as one of the country's best and recorded 12 solo shutouts in 21 games, tied for second in the program's single-season history. He's second nationally in goals against average (0.425) and his shutout total is third in the country. Entering the year, Corti hadn't allowed a goal in 76 career minutes.

NCAA Division I All-America teams will be announced on the night of Thursday,

These local restaurants are donating meals to Bay Area residents in need. Here's how to help.
By Elena Kadvany | 6 comments | 11,080 views

Coronavirus: Plan ahead now for a big outbreak
By Diana Diamond | 19 comments | 4,096 views