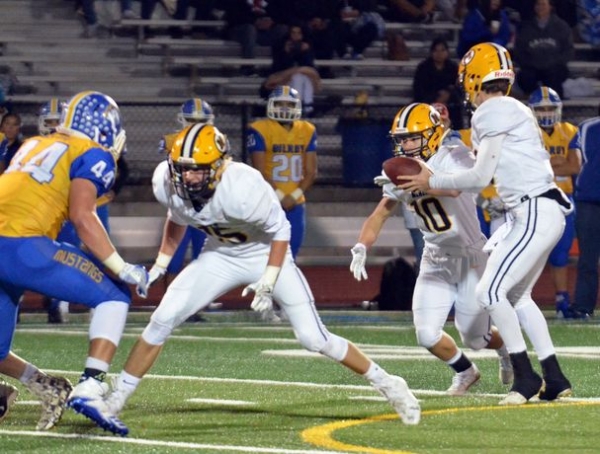 Emilio Simbeck, who finished the season throwing for 2,172 yards and 26 touchdowns, threw two first-half touchdown passes to Aidan Israelski (getting the handoff) and Holden Smith. Photo by Pam McKenney/Menlo Athletics. 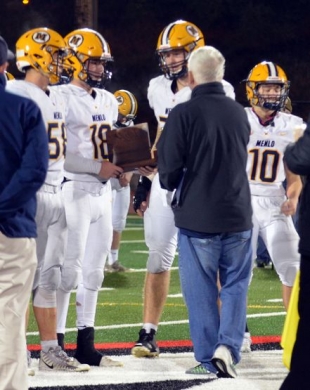 Flying: How much is enough? It's personal.
By Sherry Listgarten | 5 comments | 1,532 views